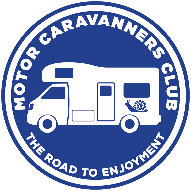 6 - 8 March The rally at Houghton Village Hall was hosted by the Committee.  There were 20 vans all of which were Lancashire.  The weather was warm and sunny on arrival. A very pleasant change from the storms in February.   On Friday night there was the usual 3 games of bingo. Lisa was the caller in Allan's absence.   This was followed by Bills quiz which was won by Brian and Mo’s team.  Dean played  line dancing music and background music.  He also played part of Bills CD which he has recorded.  Bill has donated some of proceeds to the charity.

11 o'clock on  Saturday there was Val’s Crafty Crew, where they were glass painting.  The session was using the opportunity to prepare for the National Rally (Sadly now cancelled). At 1 o'clock there was indoor beanbag Boules attended by some ralliers.  The indoor Boules is always a popular event.  It was a knockout format, Keith and Christine were the finalists and was won by Christine.  In the evening there was Take your Pick which was invigilated by Kathy and was won by Beattie.  After this the artist Tim James entertained us.  Everyone agreed that he was a very good singer and joke teller.  Tim got people up dancing.  Dean played background and line dancing music.  The evening was finished off by Best of Friends.  Sunday morning we had tea and toast made and served by Sandra and Hilary.  The raffle was won by Irene.  The  bonus ball winner was Joy.  Mel thanked The Committee for hosting, Dean for the music and all who helped with the rally.  He wished everyone a safe journey home.

No future rallies booked due to on going Corona Virus situation